Midd Cities Industrial Park is located in the southwest quadrant of Ohio near the Kentucky and Indiana borders. Convenient access to first-class transit infrastructure gives the region superior access to profitable markets in major cities and ports throughout Ohio, the U.S. and Canada.

Excellent logistics and infrastructure include:

Two major intersecting rail lines serve the region. CSX provides rail service to all major cities and ports throughout Ohio, the Midwest and the East Coast including access to Great Lake ports and barge services on the Ohio River.

Three rivers lead in all directions. The Ohio, Little Miami and Great Miami Rivers are important arteries for barge traffic with linkages to other rivers across the Midwest. Cargo shipping begins on the Ohio River with nearly 13.4 million tons that pass annually through Port Cincinnati. 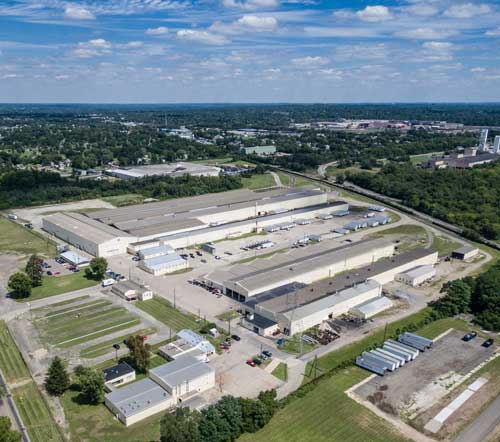 Complete with crane and rail capabilities, this industrial facility can accommodate a wide variety of client requirements, from office space with light warehousing, to a large facility for heavy manufacturing.

Learn more about our region:

Contact Howard Jackson at 513-271-0624 for more information about this facility.